Visit with Audio Guide in english

HISTORY OF THE DOMAIN 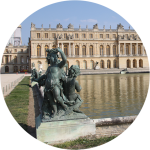 Prior to the French Revolution, the Estate of Versailles covered an area of 7,800 hectares, i.e. the current surface area of Paris. It was surrounded by a wall that was 43 kilometres long. Today,  it represents 800 hectares.

The Park of Versailles is an exceptional open-air museum composed of:

• the garden which stretches from the Palace’s terraces to the Grand Canal,
• the Park with its spacious alleys,
• Marie-Antoinette’s Estate:palaces and gardens of Trianon,  the Queen’s Hamlet.

The Grand Trianon takes its name from land acquired by Louis XIV in 1668. Designed in 1687 by Hardouin-Mansart, it is surrounded by gardens in which the King liked to relax. Numerous stays were taken there by all of France’s sovereigns up to Napoléon III (1870). Under General De Gaulle, the Grand Trianon become the official residence for guests of the Republic. This palace, superbly restored, is an essential complement to the visit of the Palace.

The Petit Trianon, built by Gabriel in 1761 under Louis XV, was
given to Marie-Antoinette by Louis XVI with these words:

« Since you love flowers, I am offering you a entire bouquet: the Petit Trianon ».

In 1783, the Queen commissioned Richard Mique to construct a hamlet nearby: 12 buildings with thatched roofs (including a Dairy, a Fishery, a Barn, a Mill and a Farm). The Temple of Love, built in 1778, was one of Marie-Antoinette’s favourite venues for her Fêtes de Nuit.

The construction of the Grand Canal lasted 11 years and was designed by Le Nôtre in 1668, covering an area of 23 hectares with  a perimeter of 6 kilometres. Under Louis XIV, the Grand Canal became a genuine miniature sea, equipped with a fleet of nine ships, a vessel brandishing 32 canons, a Neapolitan felucca, gondolas, which were a gift from the Doge of Venice, and a galley.

TheNeptune Fountain was built by Le Nôtre under Louis XIV, and  is the largest in the Park. It features 109 jets of water and Neptune,  the God of the Sea, in the centre, reigning over the waters.
Directly opposite sits theDragon Fountain, whose principal jet  rises 23 metres into the air – the highest in the Park. 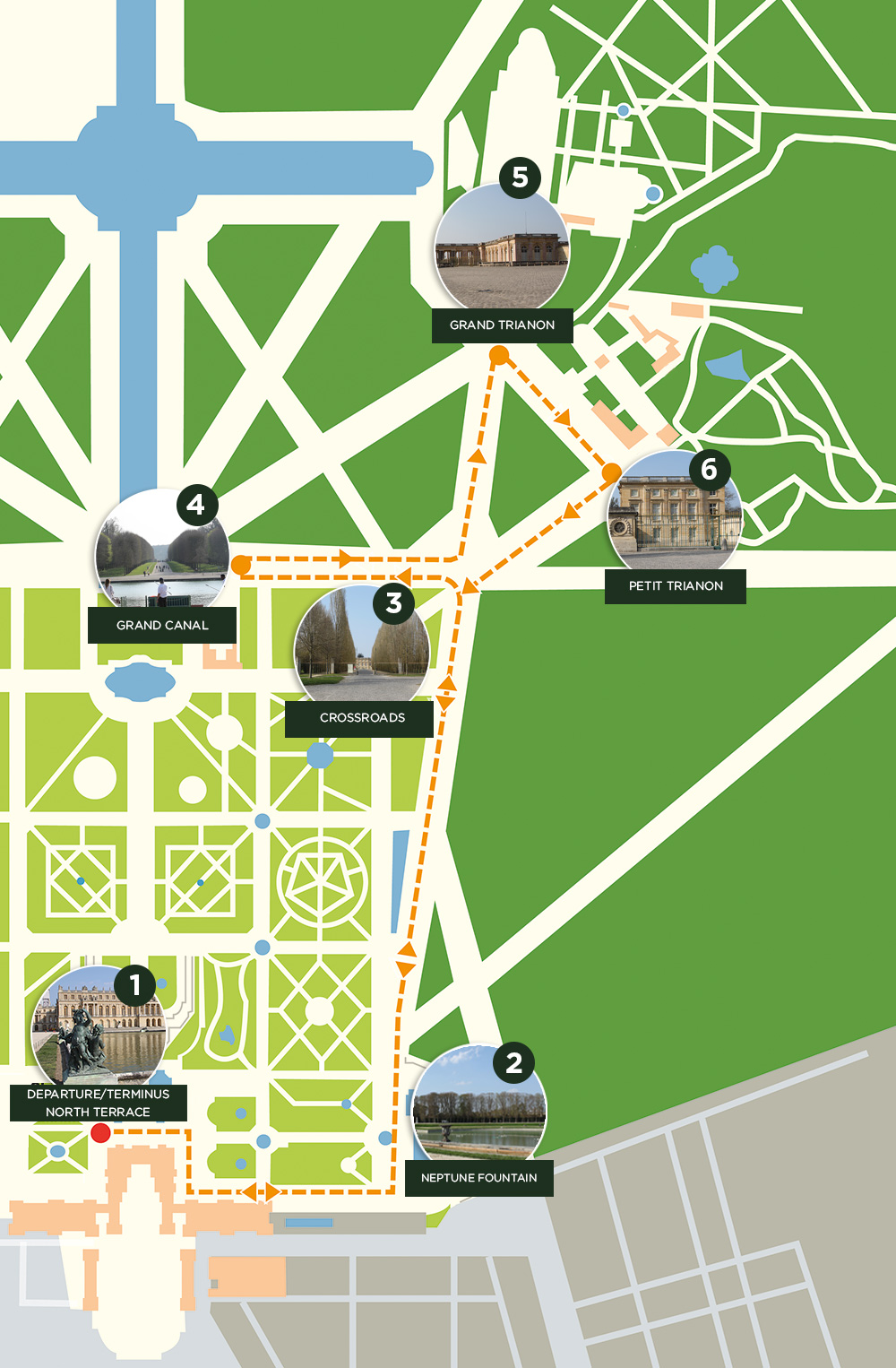 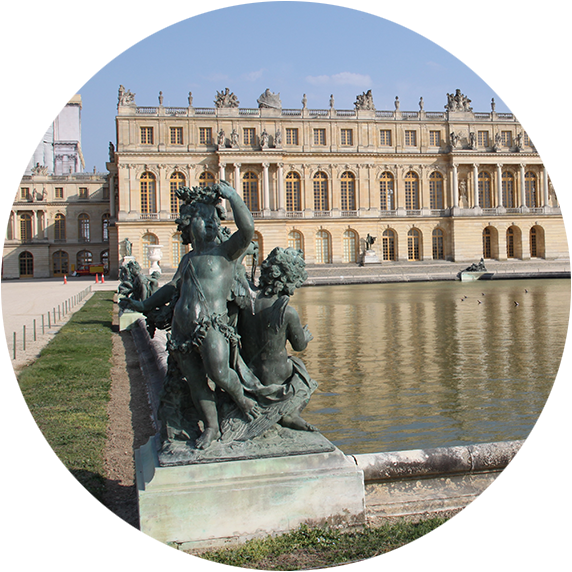 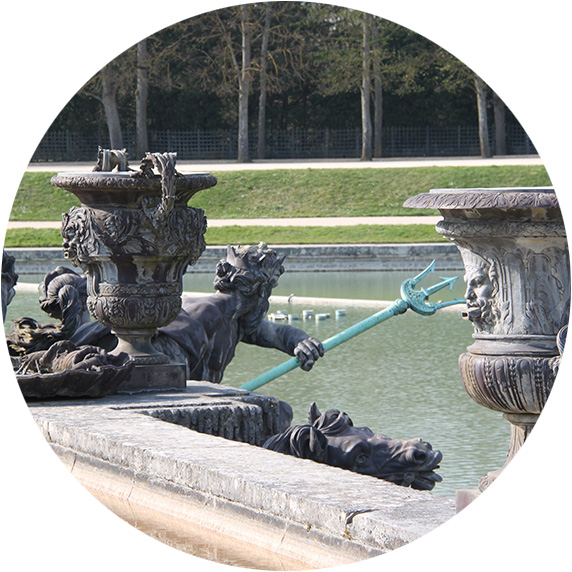 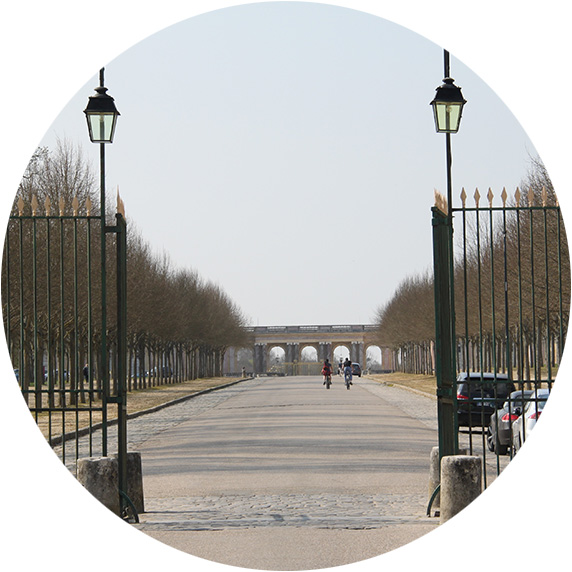 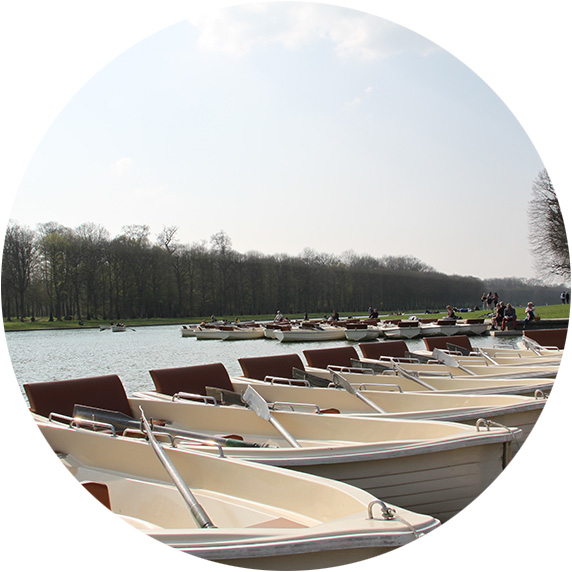 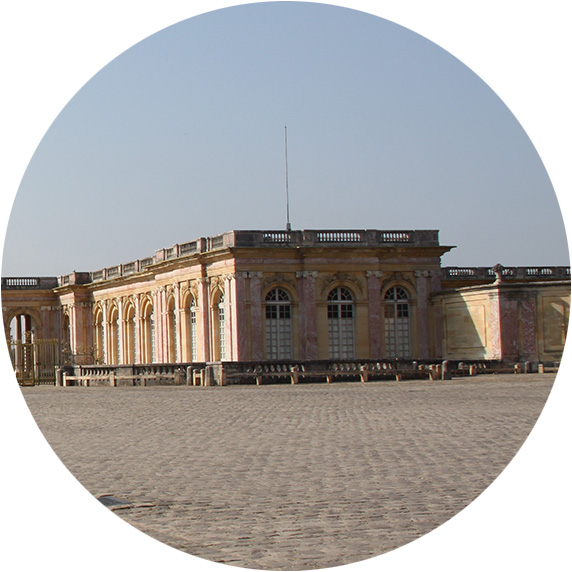 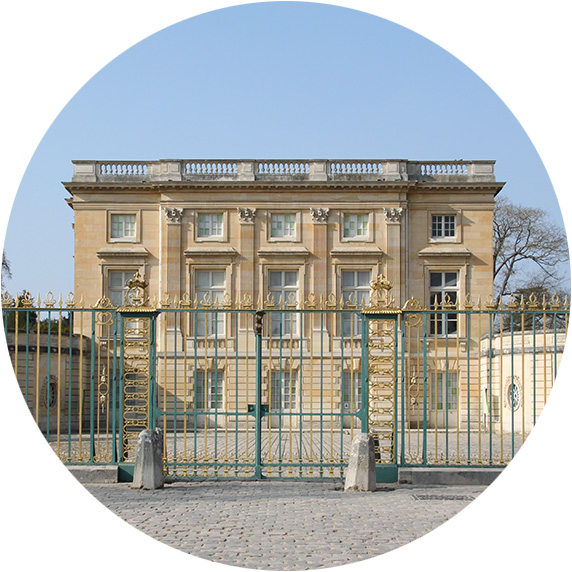